EU ORDERS NOT AFFECTED BY BREXIT (at least until December) 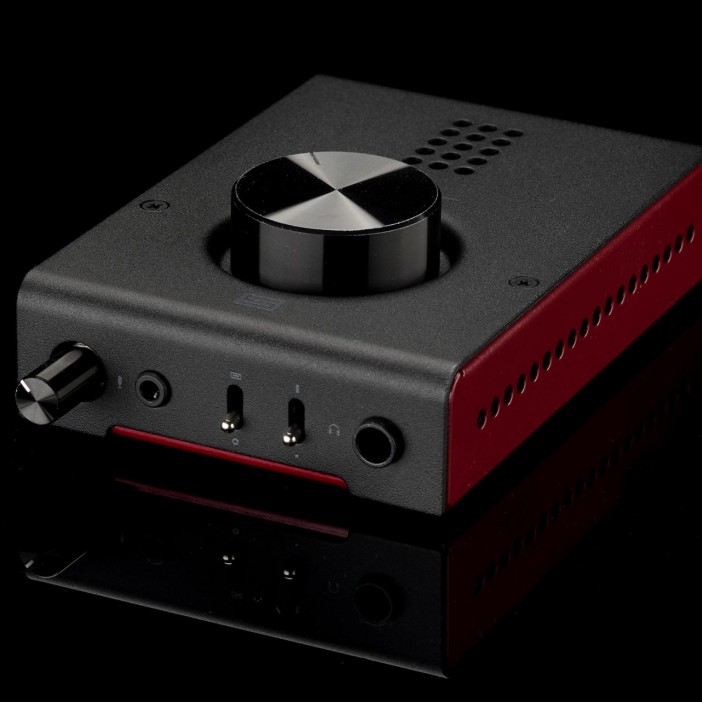 If you want the ultimate in a transportable gaming DAC/amp, you’re looking at Hel. Yes, Hel. As in the Norse underworld. That’s why it’s black and red. Or something like that. In any case, Hel delivers like 40x the power of a typical computer headphone output, plus it has a podcast-quality stereo-compatible electret mic input. It’s also an amazing DAC/amp for music, and with a separate analog input, preamp output, and gain switch, it’s ready for all your desktop needs.

Power and Quality to Spare

Hel delivers a full 1000mW into 32 ohms—enough to light up any gaming headphone you throw at it, and tons of power for virtually every audiophile headphone, too. With an all-new, DC-coupled, high-current output stage with feedforward, its performance is far beyond any computer or phone. In addition, the microphone input uses a stereo 24-bit AKM ADC with front-panel gain control for highest possible quality.

Total Flexibility for Gaming and Music

Plug Hel into virtually any USB port, connect the supplied USB power supply, connect your headphones and microphone, and you’re set for amazing gaming. But that’s only the start:

Use it as a great music DAC/amp. You don’t need to be a gamer to appreciate the quality of Hel. Use the front-panel gain switch to cover virtually every headphone need, from sensitive IEMs to low-efficiency planars.

Use it as a DAC/preamp. Connect to powered monitors or speaker amps using the variable outputs on the back.

Use it as an amp. Connect your phone (or any other analog source) to the convenient rear jack, and switch with a front-panel control.

Use it with phones, tablets, or computers with low-powered USB ports. Hel reports as a 0mA device.

By “designed and built in California," this is what we mean: the vast majority of the total production of Hel—chassis, boards, assembly, etc—is manufacturing in the US. The chassis are made minutes from the Schiit facility. The PCBs are done just over the hill from them or done in Nevada. Hel is also covered by a 2-year limited warranty that covers parts and labour